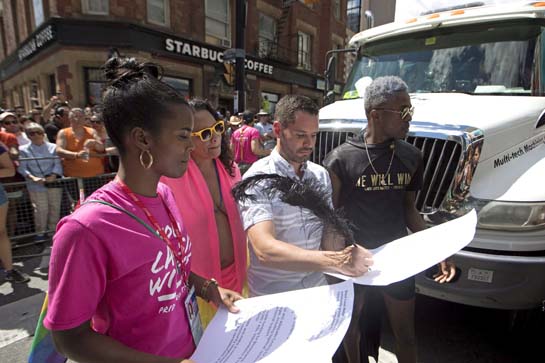 Toronto Pride Was Exactly The Right Moment For Black Lives

The bullies of Black Lives Matter - The Globe and Mail

Activists from Black Lives Matter Toronto made a surprise appearance near the end of the citys Pride Parade on Sunday, entering the procession near the spot where they blockaded last years event One columnist called them “bullies,” suggesting that it’s already enough that Toronto’s police chief, Mark Saunders, is black. Another argued that Black Lives Matter showed disrespect by hijacking Pride, saying that an event for gay rights was not the place to be talking about black rights.